According to the Bank's study, the value chains with the greatest potential to generate employment, added value and attract investment are textiles and footwear, agricultural products and electronics, machinery, medical devices and call centers.

During the event, the conditions that must be in place to encourage countries to work more actively in the development of regional value chains and boost the attraction of foreign direct investment were presented.

"For CABEI, it is of utmost importance to generate timely knowledge for the region, but also to promote and participate in these spaces for dialogue with public and private sector actors in order to take advantage of development opportunities. As Central America's main ally, we reiterate our technical and financial support to the countries and companies that form part of the region's main value chains," said CABEI Executive President, Dr. Dante Mossi.

As part of the results of the study, the textile and footwear, agricultural products, electronics and machinery, medical devices and call centers sectors value chains were identified as having the greatest potential to generate employment, added value and attract investment in the region, and emphasis was placed on the need for coordination and planning of regional chains. This would make it possible to take advantage of the reordering of chains at the global level, known as "nearshoring.”

In addition, other actions are mentioned, such as: a closer relationship between academia and industry, provision of support services such as insurance, promotion of compliance with labor and environmental regulations, among others. It is also estimated that, in order to generate 500,000 additional jobs in these chains, more than US$6,200.0 million in physical capital will need to be invested. This is not considering investments that could be complementary, such as additional productive infrastructure.

CABEI's Director for Guatemala, Pedro Brolo Vila, and Executive Vice President, Jaime Diaz Palacios, participated in the forum, as did the Minister of Economy, Janio Rosales, and representatives of business chambers, the public sector, academia, embassies in the country, among other key actors, who were informed of the strategic actions needed to have a joint vision of the potential that the region could have in terms of regional and global productive linkages.

With support from CABEI and the Korean Republic, Guatemalan public officials receive training in railroad matters
Back 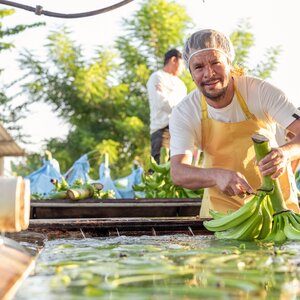 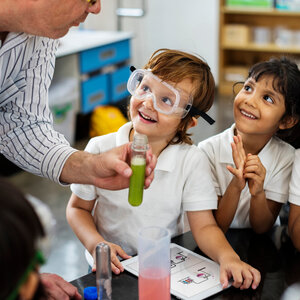