This increase brings the total amount of the Global Credit Line between the multilateral and Global Bank to $175 million.

Panama City, December 5th, 2022. - Contributing to the preservation of more than 5,200 direct jobs generated by 35 micro, small and medium-sized enterprises (MSMEs) in Panama, the Central American Bank for Economic Integration (CABEI) and Global Bank Corporation formalized a US$75 million extension of the Global Credit Line (GCL).

Among the objectives of this initiative is the creation of 1,772 new jobs, 68% of which will be occupied by women, as well as facilitating loans under competitive financial conditions to the country's business sector, especially in sectors such as industry, commerce, services, energy efficiency, renewable energy, housing and gender inclusion, among others.

"Promoting competitiveness, productivity and job creation is a commitment that CABEI assumes with great responsibility, through the availability of fast-disbursing resources through allied financial institutions such as Global Bank in Panama, allowing companies the possibility of having the necessary liquidity to respond to short-term requirements," said CABEI Executive President, Dr. Dante Mossi.

This operation is part of CABEI's 2020-2024 Institutional Strategy, and contributes to the Sustainable Competitiveness axis that seeks to strengthen the economic, social and institutional factors that determine regional competitiveness. 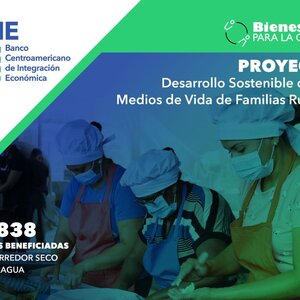