CABEI expands into the Asian market as of June and positions itself as the main Development Bank for Central America.

Tegucigalpa, April 22, 2021.- Consolidating its role as the bridge of opportunities between the region and the world the Central American Bank for Economic Integration (CABEI) announced the opening of its Representative Office in the Republic of China (Taiwan) in June of this year.

"The opening of our first branch in Asia fills us with enthusiasm because we are able to expand into a new continent that is a world power, which will not only strengthen relations, but also attract resources and investment from this great market, as well as first-world knowledge for Central America," said CABEI Executive President, Dr. Dante Mossi.

Relations between the Republic of China (Taiwan) and CABEI are not new. It was one of the first nations to become an extra-regional partner in the early 1990s and currently has the highest shareholding with 11.48%.

Since then, its support to the region has been constant through cooperation and financing in areas such as food security, agriculture, education, MIPYME financing, in addition to the creation of the International Development and Cooperation Fund (TaiwanICDF) and more recently in response to the covid-19 pandemic and hurricanes Eta and Iota, with cooperation totaling US$266.7 million.

Of these resources, US$263.2 million have been channeled through contracts signed with the International Cooperation Development Fund (TaiwanICDF) and US$3.5 million from the Ministry of Foreign Affairs to finance the Coffee Program. In addition, during 2020, two agreements were signed with the TaiwanICDF for an aggregate amount of US$130.0 million for the financing of the CABEI COVID-19 Emergency Support and Preparedness Program and CABEI Economic Reactivation Program´s eligible operations, all of whose funds were raised during that year.

The resources will enable CABEI to finance the rehabilitation and construction of shelters, clinics and hospitals, their equipment, as well as the purchase of medicines and supplies necessary for the prevention and treatment of COVID-19. Eligible operations will also be financed under the "Financial Sector Support Facility for the Financing of Micro, Small and Medium-Sized Enterprises (MIPYME) affected by the COVID-19 crisis".

CABEI Executive President, Dr. Dante Mossi, explained that this strategic alliance with the Republic of China (Taiwan) has allowed the Bank to strengthen its financial soundness by issuing and placing bonds in the international market for the first time.

By the end of 2020, the Bank had issued a total of 20 issuances for US$2.6 billion in the Taiwanese capital market, and its 10th issuance in the Formosa market.

For its part, the Republic of China (Taiwan) continues to demonstrate its commitment to the well-being of the Central American region and this year made early payments of the first installments of capital related to the two capital subscriptions made by that country within the framework of the bank's VIII General Capital Increase, for a total amount of US$8.6 million.

CABEI and the Republic of China (Taiwan) signed two loan contracts for US$130.0 million 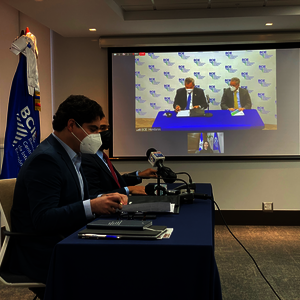 CABEI and BANRURAL promote digital financial education for the benefit of 1.9 million Guatemalan individuals and MSMEs 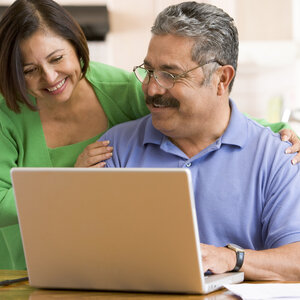