Construction of the last 29.9 kilometers of subsection IB of the Dry Corridor will be completed in November of this year.

Tegucigalpa, September 21, 2021.- A total of 14,720 inhabitants of La Paz, Comayagua and Valle in Honduras, and more than 3,500 users of the Dry Corridor will be able to enjoy the new road works that will improve their quality of life starting in November when the execution of the last of the three sections of the project financed by the Central American Bank for Economic Integration (CABEI) is completed.

With the financing of US$37.18 million for the last section called "subsection IB" of the Dry Corridor, 29.90 kilometers will be added to complete the 95.87 kilometers of this corridor, in order to interconnect the departments bordering the Republic of El Salvador, improving regional integration and the country's competitiveness and reducing vehicle operation and maintenance costs.

CABEI Executive President Dr. Dante Mossi stated, "We are supporting the development of a logistics system for Central America that connects the regional market at low operating costs.  This South-Central-North road and vice versa in Honduras will streamline road traffic by avoiding the need to pass through the city of Tegucigalpa, generating savings of approximately 85 kilometers".

Currently, Subsection IB has a physical progress of 93%, and progress is being made in the placement of the second layer of pavement to conclude with the signaling. CABEI financed the Dry Corridor in three sections, the first consisted of the construction of Subsection IA of 20 kilometers, which was completed in December 2014, the second consisted of the construction of Section II and III of 47 kilometers which was completed in July 2019 and the third called Subsection IB which is in the process of completion. The total project including the three sections, has a physical progress of 98.0%.

6,400 drivers will benefit daily from new CABEI-financed road access to Tegucigalpa
Back 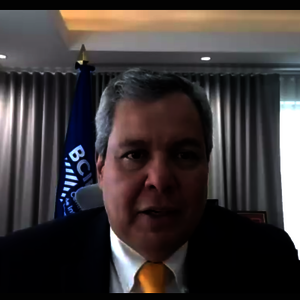