CABEI approves to the Republic of Nicaragua US$84.0 million for the execution of the Bio-CLIMA Project

The initiative will directly and indirectly benefit 665,821 inhabitants of indigenous and rural communities on the Nicaraguan Caribbean Coast.

Santo Domingo, December 15, 2020.- The Central American Bank for Economic Integration (CABEI) today approved funding for a total amount of US$84.0 million to the Republic of Nicaragua for the implementation of the Bio-CLIMA Project: Integrated Climate Action to Reduce Deforestation and Strengthen Resilience in the Bosawás and Río San Juan Biosphere Reserves.

Resources from a CABEI loan and a Green Climate Fund (GCF) loan and grant will help combat climate change through the reduction of emissions from deforestation, forest degradation and livestock, as well as the enhancement of carbon stocks. It will also directly impact the most vulnerable population of the Nicaraguan Caribbean area, supporting adaptation and reducing the negative effects that climate change has on their livelihoods, also improve their living standards by generating higher incomes, more jobs, which reduces poverty rates in the areas of project implementation.

For his part, CABEI's Executive President, Dr. Dante Mossi, stated that "the execution of Bio-CLIMA is of great importance due to the serious damage caused by hurricanes Eta and Iota in Nicaragua, mainly in its northeastern zone, which is part of the project's intervention area. It is estimated that its implementation will benefit 665,821 inhabitants directly and indirectly on the Nicaraguan Caribbean Coast.”

In this sense, Mossi mentioned that the CABEI initiative will serve 8,417 productive units of which models of sustainable production and forest management and reforestation will be established in an area that will cover an estimated 603,035 ha.

Overall, Bio-CLIMA will enable Nicaragua to increase its carbon absorption capacity by 14% in relation to the reference scenario for 2030, by promoting agro-ecological production of permanent crops under the shade of trees, more resistant to the impacts of climate change; reducing extensive grazing and introducing cocoa silvopastoral and agro-forestry systems, establishing planted forests on idle or degraded forest land; prioritizing the use of native tree species for natural regeneration; restoring and conserving ecosystems and ecosystem services, taking advantage of adaptation and mitigation synergies, with special emphasis on watershed management and risk reduction, such as biodiversity conservation and protected areas.

It should be noted that after CABEI's efforts, in previous weeks the Green Cliamte Fund (GCF) approved funding for the Bio-Climate Project amounting to US$64.1 million, of which US$37.9 million is destined as a loan to the Government of Nicaragua and US$26.1 million as a donation. This total amount of funding will be complemented by a CABEI loan to the Government of Nicaragua through the Poverty Reduction and Economic and Social Exclusion Program (PRPEES) in the amount of US$19.9 million, as well as grant resources from the World Bank's Forest Carbon Partnership Facility (FCPF) in the amount of US$24.3 million, and from the Global Environment Facility (GEF) in the amount of US$8.3 million.

The institutions responsible to CABEI for the fulfillment of the objectives and scope of the project results, as well as the rational use of the assigned resources and the respect of the Bank's policies, are the Ministry of Environment and Natural Resources (MARENA) and the Ministry of Finance and Public Credit (MHCP).

Green Climate Fund Approves $64.1 Million to CABEI for the financing of the Bio-CLIMA Project in Nicaragua 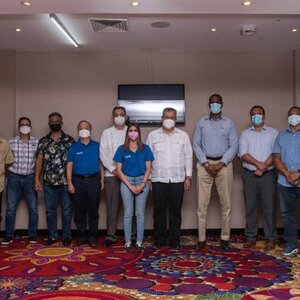