CABEI: 60 years contributing to the economic and social development of the region

The multilateral support is reflected during the difficult moments Central American countries are facing now with the COVID-19 health crisis.

Managua, August 14, 2020.- With six decades of existence, the Central American Bank for Economic Integration (CABEI), is an example of integration in the region, being an institution that provides about 51% financing for the economic development and social welfare of the countries, as expressed by the Executive President of CABEI, Dr. Dante Mossi after his participation in the news of national and international coverage NOTIVOS – Channel 14 of Nicaragua.

Among its achievements is the bank's financial soundness, rated as AA by Standard and Poor's, and the US$5 billion to US$7 billion capital increase, which place it as the main Bank that provides financing for the development of the Central American region.

"In January we approved the Institutional Strategy 2020-2025 to improve the quality of life of all Central Americans, because we are the bank of Central American people and we have become a benchmark of support for the governments and the countries’ private sector in this changing world", emphasized Mossi.

Since the beginning of the COVID-19 pandemic, CABEI has made available to the governments of the Central American countries a financial emergency program of approximately US$2 billion to address the health and economic crisis. In this regard, the President of the multilateral explained that at first the important thing was to guarantee food to affected families, donation of test kits, extraction kits and a donation of US$1 million was also made to each country for taking care of the pandemic.

In the same scenario, CABEI has allocated credit resources to finance the needs of micro, small and medium-sized enterprises through the countries’ network of financial institutions in the amount of US$350.0 million, of which US$50.0 million will be earmarked for Nicaragua.

"Sustainability has many scopes, we have a program for MSMEs in which a loan is given to them to compensate for the work lost during the health crisis with a two-year and it comes with a technical assistance package to get ahead and live with COVID -19," he said.

At this point CABEI’s President said that the priority is to continue supporting the Central American countries that not only receive financing, but have a particular characteristic because they are major shareholders; Nicaragua, like the rest of the other founding countries, owns almost 11%.

"Much of the support goes to the government, however, the private sector also receives funding from CABEI. Nicaragua is the country with the Bank’s largest portfolio of projects, and for years it has reflected good execution and planning," he said.

Similarly, Central American countries including Nicaragua enjoy a line of credit for the Central Bank if they deem it necessary to use it.

CABEI in the future

At the end of his participation in the Nicaraguan media, Dr. Dante Mossi said that over the years CABEI has managed to capitalize itself with the incorporation of new partners such as Korea, among others, which have strengthened the Multilateral, so it is expected that in the coming years to have more financial resources for financing additional programs and projects for the benefit of the Central American population. 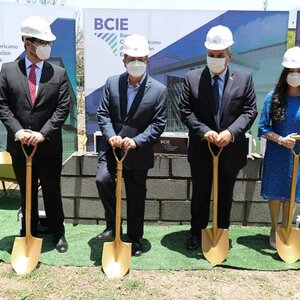 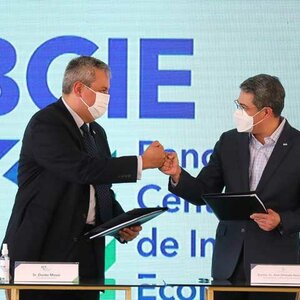 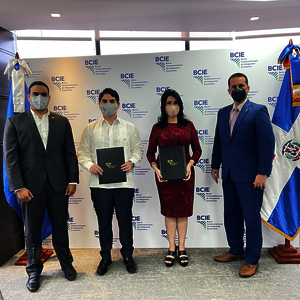