According to the official statement issued by the rating agency, the affirmation of CABEI’s “AA” rating, which increased by two (2) notches in March this year (from “A +”), results from the continued consolidation of the Institution’s expanded mandate following the enhancement of its membership base with the incorporation of the Republic of Korea, and the increased participation of Panama and the Dominican Republic. S&P also indicated that the rating affirmation reflects their expectation that CABEI will maintain the solid preferred creditor conferred by to it by its borrowing countries, which strengthens the Bank’s enterprise risk profile and capital position.

For his part, CABEI’s Executive President, Dr. Dante Mossi, emphasized the importance for the Bank of reaching and consolidating a “AA” rating range in all its international ratings, making it the best risk in Latin America and placing it at a level considered as "high” investment grade. Dr. Mossi also highlighted the institution’s eighth capital increase as an irrefutable sign of the support that member countries are granting the Bank, which reflects CABEI’s high franchise value.

Regarding the Bank's financial profile, S&P highlighted the steady progress of the institution’s loan portfolio diversification process and the consolidation of its “strong” capital position in the framework of the agency’s methodology to evaluate Multilateral Development Banks. With reference to liquidity as the second pillar of CABEI's financial profile, S&P emphasized the stability of the Bank's position under such perspective and highlighted the institution’s strategy to diversify its financing sources by building a global investor base for its medium and long-term bonds.

Finally, the rating agency emphasized the impact that the Republic of China (Taiwan) has, as a highly rated member, on CABEI’s extraordinary support assessment, highlighting the added effect that the Republic of Korea will have on this factor once the payment of the first capital installment under its US$450 million capital subscription is made, making it the Bank’s second largest non-regional member (7.6%).

In that regard, Dr. Dante Mossi highlighted the importance of CABEI's strategy to attract highly rated shareholders like the Republic of Korea, which, in addition to enhancing the channeling of financial resources towards the region as well as cooperation schemes, it also reinforces the Bank's financial and business profile. The latter through the strengthening of the institution’s governance.

He also pointed out that the consolidation of CABEI as a "high” investment grade issuer will further enhance its funding costs which will enable future improvements in the financial conditions of the loans made available to its member countries, while also ensuring the Bank’s participation in projects that will accelerate the development and integration of the region, as well as its resilience to climate change by issuing green bonds with specialized investors. 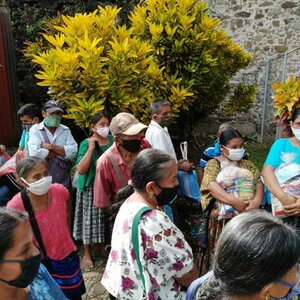 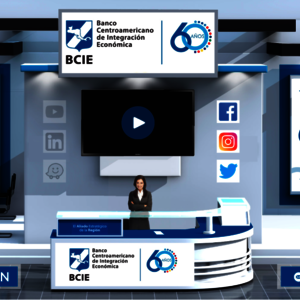 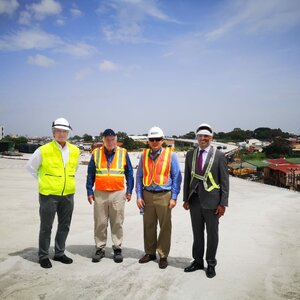