Projects opened in the tourist area of Quepos, are part of the Water Supply and Sewerage Program financed by CABEI for up to US$ 103.6 million.

San José, October 29, 2020. – A total of 35 thousand inhabitants of Costa Rica's Central Pacific, including nearly 7 thousand tourists visiting the area, will be the beneficiaries of the "Improvements to the Quepos and Manuel Antonio Aqueduct" as estimated by authorities of the Costa Rican Institute of Aqueducts and Sewers (AyA).

These projects, which will ensure clean water to these tourist communities and increase the vital liquid storage capacity to at least five times the current level, were carried out with the financial support of the Central American Bank for Economic Integration (CABEI) as part of the Drinking Water Supply and Sewerage Program financed by CABEI for up to US$ 103.6 million.

The works that were inaugurated this Thursday by the President of the Republic, Carlos Alvarado, the Chief Country Officer of CABEI in Costa Rica, Mauricio Chacón, and the Executive President of AyA, Yamileth Astorga, among other authorities, consist of two new storage tanks and six kilometers of impulsion pipes.

"In CABEI we have redoubled our efforts to support the region's countries in achieving a substantial improvement in their water and sanitation systems, we are very pleased that this country's coastal area that is so visited by tourists from all over the world will have no problem with the vital liquid so that it will bring development to their communities," concluded CABEI's Executive President, Dr. Dante Mossi. 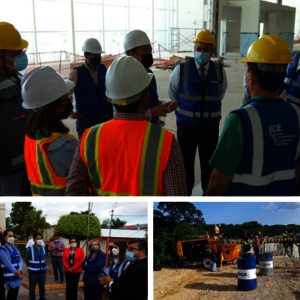 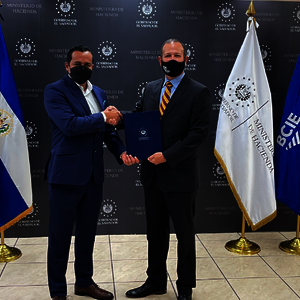