CABEI, KfW and EU contribute US$350 million to MSMEs affected by COVID-19 through the Financial Sector Support Facility

The Facility, which will allow MSMEs to keep more than 100,000 jobs, will also contribute to the economic reactivation of the countries of the Central American region.

Tegucigalpa, May 29, 2020.- Today, the Central American Bank for Economic Integration (CABEI) with the support from German Financial Cooperation through KfW and the European Union launched the Financial Sector Support Facility for US$350.0 million to finance micro, small and medium-sized enterprises (MSMEs) affected by the COVID-19 crisis.

Through the Facility, CABEI makes credit resources amounting to US$350.0 million available to MSMEs to finance their working capital and investment needs through its network of financial institutions throughout the region. Eligible MSMEs include those in such sectors as  agri-food chain production, renewable energy, energy efficiency, cleaner production, hospitality and tourism, construction, creative industry, media, trade and service provision.

Likewise, eligible MSMEs may access a Credit Guarantee Fund, Non-refundable Seed Capital and Technical Assistance. Partial guarantees for environmental credits are granted through the Green MSME Initiative, which aims to facilitate access to investment finance in order to reduce C02 emissions and protect the environment. Seed capital donations to young enterprises come from the DINAMICA-Seed Capital Initiative, which seeks to promote the financing of young entrepreneurship and innovation. DINAMICA-Seed Capital and Green MSME are tripartite initiatives of the European Union, KfW and CABEI.

The DINAMICA and Green MSME Initiatives have an amount of up to US$83.0 million from the Government of Germany through its KfW Development Bank. The European Union, through its Latin America  Investment Facility (LAIF) supports the two programs with an amount of US$28.5 million for guarantees, seed capital and non-reimbursable technical assistance.

In this regard, CABEI Executive President, Dr. Dante Mossi stated that, “Through this Facility, CABEI responds to the urgent financial needs of MSMEs, enabling them to restore their productive capacity, recover the jobs lost during the crisis and boost the economy of the countries."

Dr. Mossi added that, “It should be noted that this sector contributes to generating 33% of the GDP of the region's economies and that it is an important engine for job creation, generating nearly 45% of the economically active population (EAP) throughout the countries of Central America."

This Facility is part of the COVID-19 Emergency Support, Preparedness and Economic Reactivation Program for up to US$1.97 billion approved by CABEI on March 31, 2020 in response to the impacts of the pandemic and to support this key sector for the economies of the Central American region.

For her part, Jolita Butkeviciene congratulated CABEI and the German cooperation for the initiative, highlighting that, “There has been excellent collaboration between all the parties involved to react quickly and in a coordinated manner to the challenges posed by the COVID pandemic. Likewise, this launch demonstrates the will of the European Union to continue working with our partners in the region through financing mechanisms such as blending in sustainable and innovative sectors that are in line with the priorities promoted by the European green pact.”

On behalf of the German Government, Deputy Head for Central America at the Ministry of Cooperation (BMZ), Iris Ahr pointed out that, “CABEI has played an important role in the response to the economic and social crisis caused by COVID-19 in Central America. In addition, German Cooperation has continued supporting the transition to more social and sustainable economies to face Climate Change. We plan to be able to support the Financial Sector Support Facility with additional resources amounting to US$100 million for MSMEs affected by COVID-19.”

Finally, Dr. Mossi thanked the financial support and flexibility of the European Union and German Financial Cooperation through KfW to promote and participate in the design and financing of the Facility. CABEI is in talks with other entities that have been invited and have shown great interest in participating in the financing of the Program, including the International Cooperation Development Fund (ICDF) of the Republic of China Taiwan, International Development Finance Corporation (DFC) of the United States of America, European Investment Bank (EIB), UN Women/Italian Cooperation, FONPRODE and the Costa Rican Tourism Institute; the latter specifically for direct support to the tourism industry in Costa Rica.

The institutions highlighted the importance of MSMEs as one of the key actors in the region's economy and one of the sectors most affected by the crisis caused by the pandemic. The facility shows the commitment to continue supporting the Central American region. 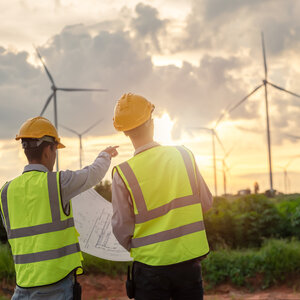