The Bank has financed two projects of this nature in Panama and the Dominican Republic for a total of US$194 million.

Tegucigalpa, July 9, 2021.- The Central American Bank for Economic Integration  (CABEI), in its commitment to the use of low-carbon energies that contribute to promoting sustainable development in the region, supports its member countries in the incorporation of natural gas into the energy matrix.

This was highlighted by CABEI Executive President, Dr. Dante Mossi, during the virtual forum "Increasing the Use of Natural Gas as a Fuel for the Energy Transition in the Region" in which proposals were discussed to develop actions to increase the security and reliability of the electricity system and reduce the average cost of generation, benefiting sectors such as the food and beverage industry, hotels and maquilas, among others.

"We are aware that, in order to achieve a sustainable region, we must work interinstitutionally with public and private sector authorities, regulators, as well as other international organizations, civil society, investors, suppliers, and all the actors that play a fundamental role in this process," said Mossi.

CABEI has provided financing to support the execution of gas-fired power generation projects in the Republic of Panama, and also granted a corporate loan to finance the development, construction and operation of a natural gas pipeline in the Dominican Republic. The Bank's total participation in both projects amounted to US$194 million. 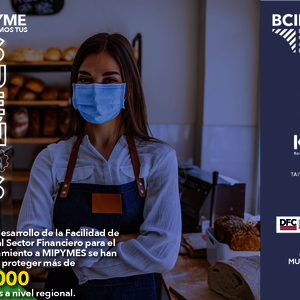