• The Bank structures a new program for the rehabilitation and construction of deteriorating bridges and ballast roads, as well as the state's participation in three public work concessions.

San José, June 9th, 2021.- During a visit to Costa Rica on Wednesday, the executive president of the Central American Bank for Economic Integration (CABEI), Dante Mossi, announced the approval of non-reimbursable technical cooperation in the amount of US$99,750 to carry out pre-feasibility studies for the "Bridge and Road Rehabilitation and Construction Program."

This program, which will be financed by CABEI in the near future, contemplates the construction and rehabilitation of ballast roads and their treatment with asphalt layers, as well as the construction of the Heredia and Sarchí radials, and the pre-investment and final designs of the Desamparados radial. Also, the development of public work concessions such as the expansion of route 27 and the San José - Cartago route.

The technical cooperation was signed by CABEI Executive President, Dante Mossi, and the Minister of Public Works and Transportation, Rodolfo Méndez Mata, in the presence of the President of the Republic, Carlos Alvarado, and other guests of honor during a press conference held at the Circunvalación Norte mega-road project in San José.

"CABEI's technical cooperation will allow us to structure an ambitious project to provide asphalt treatment, repair bridges and execute works throughout the country. This program will be executed by the next administration," commented President Alvarado during the activity.

"With this donation we reaffirm our commitment to guarantee quality of life and wellbeing for Costa Ricans. This is a first step so that, based on the pre-feasibility studies that we will obtain in a period of four months after contracting the consulting firm, we can structure a loan that would allow us to carry out transcendental works at a national level, which we understand are urgent but have been postponed due to lack of resources", explained Mossi.

The Minister of the Costa Rican Public Works and Transport Ministry, Rodolfo Méndez Mata, thanked CABEI for this non-reimbursable cooperation and emphasized: "Once the credit is approved, MOPT/CONAVI will be able to continue with the national ballast road paving program nationwide, in addition to maintaining bridges that show some degree of deterioration and promoting other key works on the Desamparados, Sarchí and Heredia radials, to name just a few," said the Minister.

Both took advantage of Mossi's visit to the country on the occasion of his participation in the Presidents' Summit on Thursday to tour the North Ring Road, a project financed in its entirety by CABEI as part of the US$430.5 million Strategic Road Infrastructure Works Program. 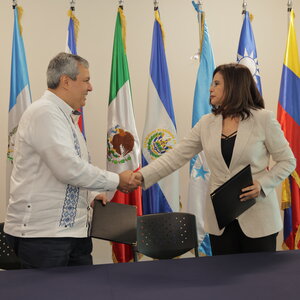 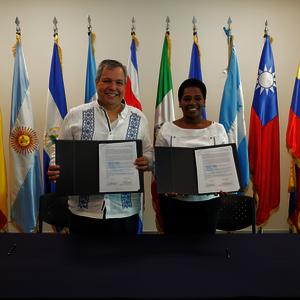 Studies will be carried out to determine the feasibility of the first National State Laboratory of Molecules, Genetics and Health Prototypes in Honduras with the support of CABEI 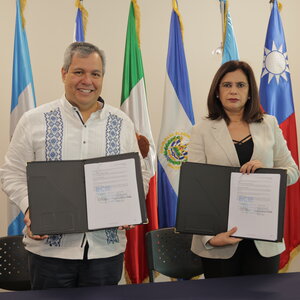