More than 250 participants took part in the virtual forum "CABEI, Central America and Argentina's Private Sector: Opportunities for PYMEs in the New Normality.

Buenos Aires, May 5, 2021.- As one of the first actions carried out by the Central American Bank for Economic Integration (CABEI) to approach the Republic of Argentina´s business sector, the virtual forum "CABEI, Central America and the Argentine Private Sector: Opportunities for PyMEs in the New Normality" was held on Wednesday, where opportunities for this sector to strengthen its business and plans with Central America were presented.

The virtual space, in which more than 250 people participated, including businessmen and women, representatives of chambers and business associations, and entrepreneurs from all over the country, focused on exchanging ideas on Argentina's production situation, CABEI's cooperation and financing possibilities and the opportunities offered by the Central American market for local PyMEs.

In inaugurating and welcoming the event, CABEI Executive President, Dr. Dante Mossi, stated that "in the Bank's regional strategy, Argentina is the key to linking Central America with Mercosur. Argentina is a country of permanent innovation and we want to bring the entrepreneurial culture to the Central American region´s countries. We share this same vision with the Argentine State´s Secretary of Strategic Affairs, Gustavo Béliz. The opening of CABEI's office in Buenos Aires will enable us to strengthen the link between Argentina and the productive sector.

The Director for Argentina and Colombia, Maximiliano Alonso, highlighted how CABEI has once again taken a strategic look at Latin America: "Understanding that the development of our country goes hand in hand with the development of Latin America, CABEI is promoting an economic, social and political agenda with the Argentine government to outline a concrete work plan with short-, medium- and long-term actions for our country. The world is undergoing an accelerated transformation process of the productive sectors, and CABEI is building instruments to exploit the private sector´s potential to create jobs and generate added value while protecting the environment.

The event, which announced the creation of an Observatory to promote this country's relations with the Central American region, was also attended by the Undersecretary of International Financial Relations for Development of the Strategic Affairs Secretariat of the Government Argentina, Dr. Christian Asinelli; the President of the Consultative Committee for Economic Integration (CCIE), Lic. José Adán Aguerri; CABEI's Manager of the Non-Sovereign Public and Private Sector (GEPRI), Mr. Sabino Escobedo; the President of the Argentine Chamber of Construction, Córdoba Delegation, Luis Lumello; and the Founder of Mujeres Emprendedoras en Tecnología, Soledad Salas.

The participants agreed on the need to articulate intersectoral policies involving the State, PYMEs and human capital training centers, so that the country can strengthen its productive profile and enhance the value chain to reach new markets, including Central America.

In https://forosestrategicosodebcie.org/descargas/ you can access the presentations of the speakers. 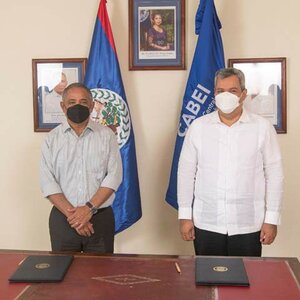 CABEI meets with local elected government in Roatán, Honduras to identify support in the region 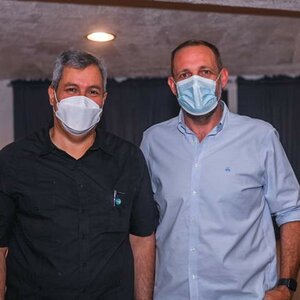 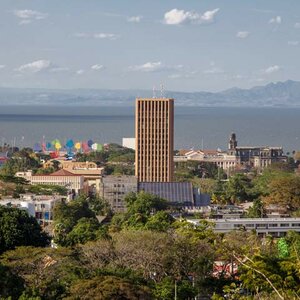