CABEI disburses first US$500,000.00 for works that will prevent flooding in Limoncito de Limón

San José, July 8th, 2020. – With a first disbursement of US$500,000.00 by the Central American Bank for Economic Integration (CABEI), the hiring processes began to start working on the project "Canalization and flood control of the Limoncito River" in the province of Limón.

The project consists of extending the Limoncito River bed by more than 7 kilometers, expanding the hydraulic section of the existing bed, as well as building new beds, removing natural vegetation, and improving, rehabilitating, and building infrastructure such as bridges, culverts, and protection walls.

This project is in charge of the National Groundwater Irrigation and Drainage Service (SENARA) and has a total cost of $14.3 million, of which $13.0 million is financed by CABEI, and it is estimated that it will have a direct positive impact on 23,730 people living south of the Caribbean city.

"We are pleased to know that, one year after this sovereign credit was approved, the first works are beginning that will benefit the people of Limoncito de Limón who, for many years, have suffered flooding in their community and homes. We are happy to know that in a short time this reality will change," said CABEI Executive President Dante Mossi.

This project is part of the "Sewerage and Flood Control Program for Limón" financed by CABEI with $55.08 million. It is estimated that about 43,800 Limonians will benefit from this project, which will improve public health conditions and the impact of tourism in the area. 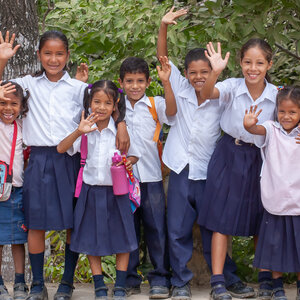